I know that this is a birth blog but also touches quite a bit on health. And many mothers have gallbladder issues during, after or just generally around having babies. So I thought I would share a bit of my experience and what I’ve learned.

About a year ago I had a really nasty gallbladder attack. It came on Thanksgiving Day actually and felt like I was just really “bloated” most of the day. It was annoying but became increasingly uncomfortable. Until I was actually concerned that something was wrong. But, we had spent all day working and slaving over a totally gluten-free and nearly Primal Thanksgiving dinner — I figured “to heck with my body I’m gonna EAT!”

That was a bad idea.

Shortly after enjoying some (or more) of every dish I wanted I found myself in the bathroom and everything came right back up. It was awful. I felt temporarily better but then went on a walk with two of my girl friends who were there with us.

I still had no idea what was going on with me but thanks to posting in a Holistic group on Facebook with my symptoms which seemed weird and random to me, I was able to narrow it down to what I can best describe as my gallbladder “yelling at me.”

The “attack” went on for 11 days and was one of the worst experiences of my life. It was, hands down, the worst “medical” experience of my life. I never did go into the hospital because I didn’t want to argue with them about keeping my gallbladder and I did not feel as though it was necessary to go in otherwise. Instead I treated myself with nutrition and supplements. Plus I never became jaundiced, which is a symptom with gallbladder attacks that something is seriously wrong and your life could be in danger.

My father was in the hospital this week with a gallbladder attack and was very interested to learn more about what I did and have been doing since to manage mine as he has been able to avoid the surgery as well, too and wants to keep it that way.

This is much of what I wrote to him, hence what spurred on this blog post even though it’s been nearly 11 months since my initial attack.

Here are of the things that I have done to manage mine and they’ve become less “crucial” as time has gone on, meaning I seem to have way more leeway on slip-ups. 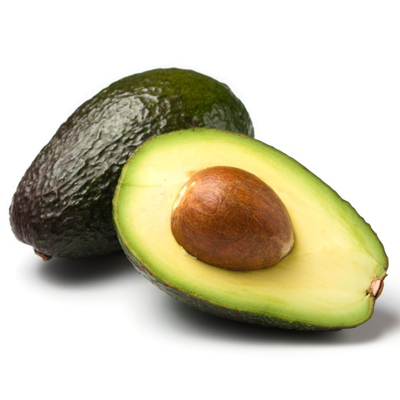 Start with eliminating ALL “bad” fats — and really it’s just easier to identify the “good” fats:

For the “bad fats” I just want to say to avoid anything fried, especially from a restaurant because the oil is used over and over and over again making it exponentially worse. Also never eat margarine. 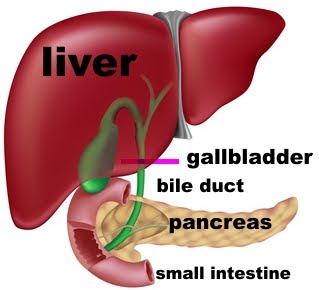 A little anatomy lesson for you

So to get a little medical on you, I got some feedback on this from a doctor and really loved the way that he put it… better than any other website I’ve read out there. I’m posting his comment with permission here:

How the Gallbladder system works: So, for me, personally, I think I had my attack because I had just started eating WAY healthier than I ever had in my life, but it was an abrupt change after a good stolid 15 years of eating pretty horribly, or really like a “standard american” also know as the Standard American Diet or “S.A.D.” I was taking about 2 T of coconut oil before every meal and I was dropping weight like crazy! I lost 25 pounds in a couple of months. Not super-fast but it felt healthy and good. But I think all that GOOD fat going through my system was “cleansing” out my gallbladder and it disrupted the gallstones that I didn’t realize were formed and thus the attack. I haven’t really gone back to eating as healthy since my attack since I started eating bread again right after and it re-ignited my sugar cravings and I just haven’t tamed them since with so much going on. But I think I’m ready now. Especially with losing the baby recently I want to get healthier before getting pregnant again.

So even with the good fats take it easy and let your body heal and cleanse. I could also feel my gallbladder swell and start to “yell at me” but not have a full-blown attack. Those have spaced apart significantly now, too and it’s been 11 months since my first really big attack. Looking back I can see how I’ve had a few smaller ones throughout the last 10-15 years I just didn’t know what they were.

As far as supplements go, here is the list of what I was taking right after:

Nutritionally I did a cleanse to help soften the gallstones so they could work themselves out. This involved a LOT of organic, raw apples, an amazing juicer, a good deal of raw,

apple cider vinegar and then a push of oil and Epsom salt at the end to flush out the gallbladder after at least 3 days of raw, organic, fresh apple juice. Here is a link to a good description of what to do, step-by-step, just note this link recommends 6 days of apples but I just did 3 since I was actively in an attack and it was about all I could eat. Also, tell your gallbladder how much you love it and how thankful you are to still have it. I believe this also helps speed recovery. For me I felt like I just had no appreciation or understanding for before my whole experience.

I hope that helped and let me know what YOUR experience has been and what you did the same or differently!

Where in the World?