I’m not sure how everyone else experiences it, but I know when I see those two pink lines I want to tell the WORLD!! It is TORTURE for me not to. But then that little voice comes in and starts up with, “I don’t want to tell anyone ‘too early’ just in case…”

Well, to that little voice in my head, and in so many others, I say “just in case WHAT??”

…Just in case you love that little life with everything you have and then maybe he or she doesn’t stay around long enough for you to get to know him or her? Just in case you have complications that happen without anything you can do or not do to stop or prevent them and you become “not pregnant” much sooner than you had hoped? Just in case this one “doesn’t stick”?

I would like to officially call for a lift of this cultural oppression and fear-based mentality. Let people tell the news whenever they want to.

Miscarriage is COMMON. It is, sadly, a part of life. I have had two babies of my own that did not make it Earthside. I miscarried one in 2007 at 12 weeks and 2 days and was a blighted ovum and had a stillbirth almost exactly 7 years later at 22 weeks. Both were heart wrenching. Both were very sad. And in both I was very supported by those who knew I was expecting and could be there for me with even more awareness while I grieved.

For those who like statistics and definitions, about 10 -20% of known or medically confirmed pregnancies end in miscarriage, (any time before 20 weeks) and more than 80% of these losses happen before 12 weeks. That’s not even counting the ones that were conceived and “only confirmed at home” or those that didn’t even get that far. I even had a midwife tell me once that if you have one child you have likely had up to two miscarriages, even if you didn’t know you were pregnant. I had a “questionable loss” before conceiving my oldest son that was likely one of these, looking back. Since I have 3 amazing boys now, my personal stats would be 50% of my own conceptions resulted in live births as a healthy, young(ish) woman.

Losing a baby during pregnancy can be very sad even if you only knew you were pregnant for an hour. And everyone deals with pregnancy loss differently. Grieving intensely from and early loss is not wrong and moving on quickly is not wrong either. Just be sure you are being authentic and true to your feelings and emotions because they are powerful guides as you navigate the journey ahead. 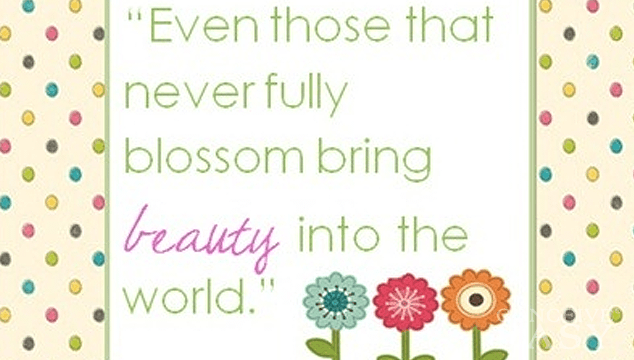 A little background about me on this topic: I am the 7th child out of 10 children. I am the 4th daughter, which means I have 3 older sisters, plus 3 sister-in-laws that married my older brothers. This means by the time I got to having babies of my own, I had quite a close-to-home pool of knowledge and experience to draw from. My sister, Miriam that got married and subsequently started having babies first had a very powerful impact on me. I was 11 when they were married and was just starting to pay close attention to pregnancy, motherhood and marriage. Her first pregnancy ended in a miscarriage. She then went on to have a very healthy and wonderful boy but for years after was not able to either conceive or would but had miscarriage after miscarriage. While my heart ached for her I also was able to see that sometimes it is a part of the cycle of life, for some women more than others. Thankfully she had another two children that are very healthy and very loved.

My mother had also had 2 miscarriages spread across the 20 years that she bore children and 10 live births. Most, if not all of my sisters and sister-in-laws that have had children have also have a pregnancy loss at one point or another. So when I had my first loss myself, I knew that sometimes that this is how pregnancy can unfold and that I would be ok, and that it was also ok to be sad. I’ve seen women think that they cannot grieve the loss of a pregnancy for a variety of reasons. If you are sad, grieve. And let it be ok for you to be sad in the times and seasons that you feel the sadness. But also, please don’t stay there. Ask for help, ask for support and you will find it.

Which leads me to one of the biggest reasons I advocate for sharing the wonderful news about pregnancy as soon as you desire: SUPPORT. Telling people “too early” means you have more support, prayers, love and awareness for you while you go through this process. It is nothing to feel ashamed about. Grieve, mama, and let others grieve with you.

If no one even knew you were pregnant in the first place, then you are left with two options should you find yourself having a miscarriage: to either not tell anyone that you are going through a loss, or tell them the happy news immediately followed by the sad, or even in the reverse order. While clearly sometimes that will happen no matter what, I want to put this out there so that women can feel validated in those yearnings to tell others before the ominous “13 week mark” should they want to. And it is a decision to make as a couple since it is his experience as well, but don’t let fear be the governing reason of why you withhold joyful news. Fear is never a good reason to do anything.

The Child Who Was Never Born – Martin Hudáček

Just remember: everyone grieves and mourns differently. Honor yourself. Honor your partner. Feel what you feel and let it flow through you so the hurt and the pain can flow out of you. You will likely never be “over it” and you don’t “move on” but you move forward with this now being a part of your story. No one ever plans for this or hopes it will happen, but life is what happens when we’re making other plans.

For more miscarriage and infant loss support I recommend the following organizations:

Can I Take that Medication While Breastfeeding?

Where in the World?